Castor Oil For Eyelashes And Eyebrows

Theses strands of hair, aside from carrying out various functions; play a huge role in the facial appearance of humans.

WHAT IS CASTOR OIL?

Castor oil, is one out of many essential oils. It is extracted from bean seeds. This is found on a Castor plant.

The ability of this oil to retain its natural aroma after extraction, earned it the term, “ Essential oil.”

Depending on the extraction process. Castor oil may appear black or yellow in colour.

You can learn more about this and other essential oils by reading this article.

1. Organic cold-pressed Castor Oil: This oil is yellow in colour. It is extracted from Castor bean using no heat.

2. Jamaican Castor oil: This oil is black in colour. To extract this oil, Castor beans are roasted and pressed.

Ash gotten during the extraction process is added into the oil. This gives the oil its black colour.

3. Hydrogenated Castor oil: This Castor oil is also called Castor wax. Due to its extraction process, it is odourless and cannot dissolve in water.

CAN CASTOR OIL PROMOTE HAIR GROWTH AT EYELASHES AND EYEBROW?

The question above, to the best of my knowledge, lacks a definite answer.

This is because, no scientific evidence or research has been brought forward as proof.

These assumptions might be linked to the results of the researches below:

2. Prostaglandin D2 (PGD2), is a protein known for its ability to attach to a certain type of cell.

When this happen, hair follicles are damaged. The end result, hair loss.

According to result from this study. Ricinoleic acid might have the ability to weaken the protein mentioned above.

HOW TO USE CASTOR OIL FOR EYELASHES AND EYEBROW

For clear instructions on how to use Castor oil for eyelashes and eyebrow. Check out this article.

NOTE: Although Castor oil, is relatively safe. Allergic reactions might occur after use. Make sure to apply a little quantity to your arm first.

Eye irritation might occur if this oil comes in contact with your eye. If this occurs, wash your eye, quickly with warm water.

WHICH TYPE OF CASTOR OIL IS BEST FOR EYELASHES AND EYEBROWS?

Probably, the best type of castor oil for eyelashes and eyebrows, is the Jamaican black Castor oil.

This is the reason why I’ve put together a list of Jamaican Castor oil products. Just in case you wish to give Castor oil a trial.

The products below are quite affordable and are, probably the best brands.

This product, is relatively cheap, and probably the best.

READ ALSO:  How To Mix Essential Oils For Hair Growth And Thickness

The ingredients contained in this product also helps keep the eyelashes and eyebrow moist all day long.

You can easily purchase this Lanthome black castor oil from Skinol Cosmetics.

This is also another good product for eyelashes and eyebrow.

You can purchase this product by visiting this online store.

This is also another good Castor oil for eyelashes and eyebrows

You can easily buy this product from this online store. 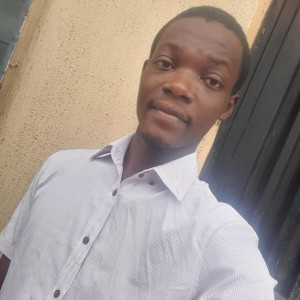 Christian Obi is a content writer with Skinol Cosmetics. In his free time, Christian enjoys writing, reading and cooking. If you’ve been wanting to know more about permanent laser

Permanent hair removal can be a real headache. Most especially 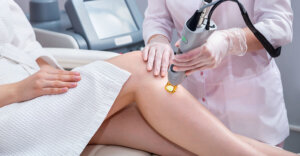 There is good number of affordable laser hair removal products.

I need help with…

Have you found the right skincare product yet?